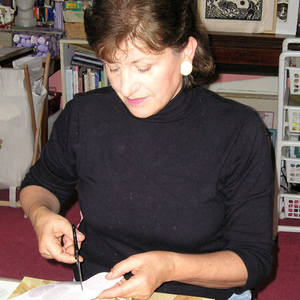 I am an American artist who was born in Austria. My love of nature is the inspiration for most of my work. Having trained as a printmaker, the multi-media approach to my work came gradually. To start a painting or monoprint, I can fall back on my past and present experiences of the natural world, may it be flora or fauna, to contemplate and record its tenuous existence.

Education
After attending the University of Texas at Austin and studying art at Colorado State University, I received my BA in Fine Art from the Univ. of South Alabama in Mobile, Ala. I also attended classes at the School of Art and Design in London.
Events
Exhibitions
Juried shows in Great Britain: Juried shows in the USA: